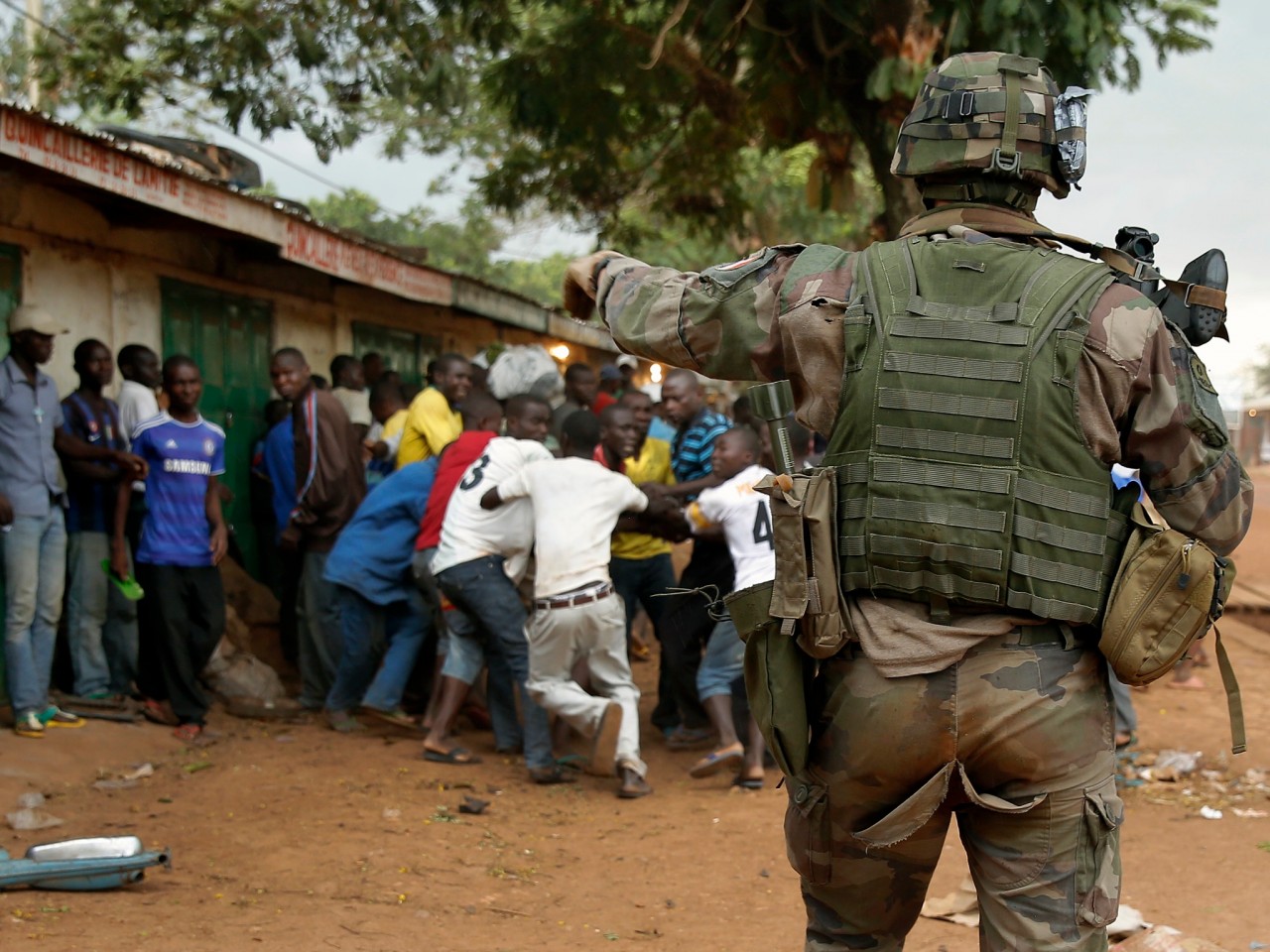 As Genocide Looms
The New York Times, by the editorial board
February 17, 2014

The Central African Republic is on the verge of being torn apart by the rampages of Christian and Muslim militias and civilian mobs. Since French and African Union troops arrived there in December with a United Nations-sanctioned mission to prevent mass murder, the situation has degenerated alarmingly. The United Nations estimates that 2.5 million people, more than half the population of the country, need help, but sectarian killings are making it impossible to reach them.

On Saturday, France pledged to add 400 troops to its force of 1,600 that is now working with about 5,500 African Union peacekeepers. These troops are overwhelmed by the scale of the violence. Disturbingly, some Chadian forces among the African Union peacekeepers are colluding with Muslim fighters, which include mercenaries from Chad and Sudan, who prey on Christian civilians.

In Bangui, the Muslim population has largely fled. Christian militias have taken advantage of the chaos to engage in horrific ethnic cleansing of Muslims. The United Nations secretary general, Ban Ki-moon, warned last week that genocide and the partition of the country are real risks. Catherine Samba-Panza, who became interim president of the republic on Jan. 20, has vowed to keep the country whole. Over the weekend, some Christian militias showed interest in beginning to talk about security.

The European Union has pledged 500 troops to help establish a safe haven in Bangui. The United Nations has released an additional $10 million from its emergency humanitarian fund. These efforts are hardly enough.

Donor countries pledged $207 million in humanitarian aid at a meeting last month, though only 28 percent of the money has been committed or disbursed. The United Nations’ $551 million strategic response plan is only 13 percent funded. Donors need to fulfill their pledges immediately. Rogue members of the peacekeeping forces must be held accountable. The International Criminal Court has opened a preliminary investigation into war crimes. Far more international peacekeepers must be deployed quickly to avert a catastrophe and to let President Samba-Panza prepare for elections by next February.

Without urgent action, the Central African Republic’s descent into chaos will soon be unstoppable. The lives of millions of people are at risk.