The European far right is on the rise, again. Here’s how to tackle it 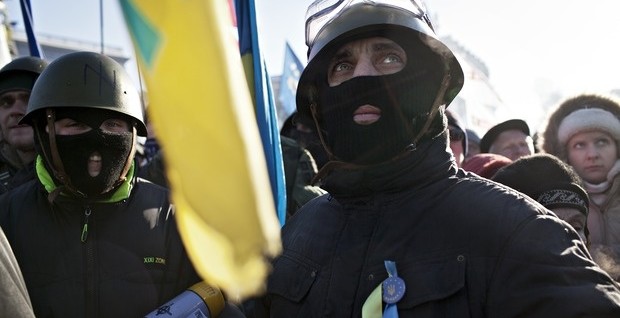 The European far right is on the rise, again. Here’s how to tackle it
Vidhya Ramalingam, The Guardian
February 13

It’s an old problem, but, as European policymakers meet in Sweden on the subject, we have new ways to take action

Europe has spent much of the past decade focused on policies to tackle the threat of Islamist extremism. However, so far this year, far-right extremists have once again featured in Europe’s headlines, from their role in violent protests in Ukraine, to the streets of Greece, where crime against minorities has become an everyday occurrence.

Contrary to what some may believe, it is not just eastern and southern Europe that face violent challenges. Last year, Germany’s domestic intelligence service released estimates of 21,750 rightwing extremists in Germany, with 9,500 classified as potentially violent.

This means that the tendency towards violence within the far-right scene has grown in the past year. In the UK, the conviction of terrorist Pavlo Lapshyn and uncertainty about the future of the English Defence League (EDL) without former leader Tommy Robinson have raised new concerns about the potential for violent splinter groups and rogue individuals.

While there has been much talk about the problem by the media and political leaders, including immigration minister James Brokenshire and communities secretary Eric Pickles, there has been very little “do”. Europe should have had its wake-up call nearly three years ago with far-right terrorist Anders Behring Breivik’s attack in Norway. Only now the European Commission is standing up to tell European leaders about the need to act. Last month, EU commissioner Cecilia Malmström publicly stated that rightwing extremists posed the biggest threat to the European Union today. Following Breivik’s attack, the commission supported the Swedish government and the Institute for Strategic Dialogue to carry out the first-ever cross-border study of solutions to far-right extremism across 10 EU member states. Today, the findings of this research will be presented to European policymakers in Stockholm at the Swedish Ministry of Justice.

The report proposes the following changes to European policy on far-right extremism:

1. Governments need to sharpen the law so there is no wiggle room for extremists and perpetrators of hate crime. This needs to start with the implementation of an EU framework on hate crime, along with a directive on victims’ rights specifically tailored to victims of hate crime. This needs to ensure legal recognition for victims and higher penalties for perpetrators across all prerequisites of discrimination, based on evidence about the most-targeted groups, and anticipating those which may become victims in the future. The EU needs to play a greater role here in pressurising governments to develop clear and comprehensive legislation.

2. Governments need to put in place national “exit programmes” to help individuals to leave far-right movements. This goes far beyond one-to-one interventions, and involves long-term support for those struggling to find jobs, relocate, and develop new and safe social networks. Such programmes tend to be more effective and credible when they are independent of government, though they are likely to only be sustainable through government or statutory funding. Successful models exist in Sweden and in Germany, and need to be instituted in countries such as the UK. Investments in these programmes can be mutually beneficial for former extremists and governments.

3. As far-right marches and demonstrations become commonplace, we need much smarter policing to ensure the far right has limited impact on local communities and businesses. Smart policing means strong communication with the local community to get them informed and involved in a positive way during demonstrations, and smart use of social media and technology. From Rochdale’s Active Citizens initiative to Luton’s community mediators, the UK has seen some innovative methods of policing with communities, which are worth sharing nationally and internationally.

Finally, beyond these practicalities, politicians have been opportunistic in the way they publicly communicate on issues related to immigration, diversity and national security. There is a real risk that the political rhetoric, for example about Romanians and Bulgarians in the UK, plays into extremists’ hands. Politicians need to carefully consider the evidence before devising communications strategies on these issues, and be more courageous about making public statements denouncing far-right ideologies and hatred. Public statements by political leaders can empower the public to act on what they see, and improve the ability of front-line professionals to do their work effectively.

Sweden is internationally considered to be a bastion of tolerance in northern Europe, but few are aware that it is a country which for decades has struggled with the highest levels of racial and extreme-right violence in Europe, after Germany. Today, European policymakers will gather in Stockholm at the Swedish Ministry of Justice to discuss new approaches to tackling an old problem. It’s time for the rest of Europe to listen to Sweden on this. It is time to put aside political differences and demonstrate a clear commitment to tackling this issue. Time to move from talk to action.

Some have claimed that we know very little about far-right extremism, and call for more research on the problem. However, we know enough to act.

© Guardian News and Media Limited or its affiliated companies. All rights reserved.