“Bring Back Our Girls” 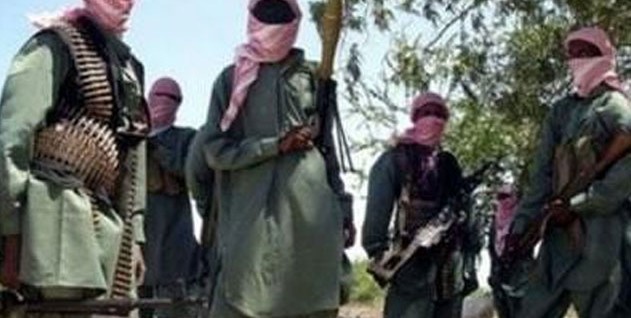 ‘Bring Back Our Girls’

Dozens of heavily armed terrorists rolled into the sleepy little town one night in a convoy of trucks, buses and vans. They made their way to the girls’ boarding school.

The high school girls, asleep in their dormitory, awoke to gunfire. The attackers stormed the school, set it on fire, and, residents said, then herded several hundred terrified girls into the vehicles — and drove off and vanished.

That was April 15 in northern Nigeria. The girls were kidnapped by an extremist Muslim group called Boko Haram, whose name in the Hausa language means “Western education is a sin.”

These girls, ages 15 to 18 and Christians and Muslims alike, knew the risks of seeking an education, and schools in the area had closed in March for fear of terror attacks. But this school had reopened so that the girls — the stars of their families and villages — could take their final exams. They were expected to move on to become teachers, doctors, lawyers.

Instead, they reportedly are being auctioned off for $12 each to become “wives” of militants. About 50 girls escaped, but the police say that 276 are still missing — and the Nigerian government has done next to nothing to recover the girls.

“We are now asking for world power countries to intervene,” the desperate father of a missing 18-year-old girl, Ayesha, told me by phone. He said that the parents had given up on Nigerian government officials — “they are just saying lies” — and pleaded for international pressure on Nigeria to rescue the girls.

The parents pursued the kidnappers, carrying bows and arrows to confront militants armed with AK-47s, but finally had to turn back. The father, who asked not to be named for fear of retribution, said that the parents are now praying to God for the United States and United Nations to help get their daughters back.

I spoke by telephone with Secretary of State John Kerry, who is visiting Africa, and asked him whether the United States can nudge Nigerian authorities to do more to find the girls.

“We’re really pushing them … about the situation with the girls,” Kerry said. “Oh, God! Yes, absolutely.” He described it as “not just an act of terrorism. It’s a massive human trafficking moment and grotesque.”

I asked whether the United States could use satellites or intelligence assets to try to locate the girls. “We’re engaged and cooperating,” he said, declining to discuss details. Kerry also emphasized the broader effort to disrupt Boko Haram and its financial flows, while supporting the training of Nigerian authorities to respond to terror attacks without violating human rights. “We’re upping the game with them,” he said.

In hopes of viral pressure on Nigerian authorities to try to recover the girls, campaigns have started on the White House website, on Change.org and on Facebook to demand: “Bring Back Our Girls.” All this may or may not help, but it’s worth trying.

The attack in Nigeria is part of a global backlash against girls’ education by extremists. The Pakistani Taliban shot Malala Yousafzai in the head at age 15 because she advocated for girls’ education. Extremists threw acid in the faces of girls walking to school in Afghanistan. And in Nigeria, militants destroyed 50 schools last year alone.

If the girls aren’t rescued, “no parent will allow their female child to go to school,” Hadiza Bala Usman, who has led protests in Nigeria on behalf of the missing girls, warned in a telephone interview.

Northern Nigeria is a deeply conservative area, and if the schoolgirls are recovered, it may be difficult for them to marry because of suspicions that they are no longer virgins.

While the Nigerian military has shown little interest in rescuing the girls, it has, in the last few years, presided over a brutal counterinsurgency in response to Boko Haram bombings. There is viciousness on both sides.

The best tool to fight extremism is education, especially of girls — and that means ensuring that it is safe to study. The greatest threat to militancy in the long run comes not from drones but from girls with schoolbooks.

“These abducted schoolgirls are my sisters,” Malala told me in an email from Britain, where she is recovering from the Taliban attack, “and I call on the international community and the government of Nigeria to take action and save my sisters.” She added: “It should be our duty to speak up for our brothers and sisters in Nigeria who are in a very difficult situation.”

Malala’s right. More than 200 teenage girls have just been enslaved because they had the brains and guts to seek to become teachers or doctors. They deserve a serious international effort to rescue them.

A version of this op-ed appears in print on May 4, 2014, on page SR11 of the New York edition with the headline: ‘Bring Back Our Girls’.