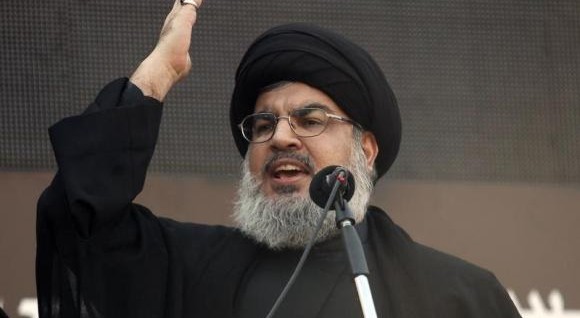 (Reuters) – Lebanon’s Hezbollah militia chief said his fighters’ intervention in Syria had kept an al Qaeda splinter group that has seized territory in Iraq from spreading west into Lebanon, a newspaper reported on Tuesday.

Hezbollah, a Shi’ite Muslim group, has provided significant help to Syrian President Bashar al-Assad in retaking some territory from Sunni rebels bent on ousting him. In the process, Hezbollah men have often clashed with Islamic State in Iraq and the Levant (ISIL) rebels, who formally broke with al Qaeda in February and have since made rapid gains in Syria and Iraq.

ISIL, which aims to establish a caliphate based on medieval Islamic principles and spanning the two countries, stunned Iraqi leaders when it overran Iraq’s second-largest city Mosul last week, then thrust south to the fringes of Baghdad.

Hezbollah chief Hassan Nasrallah was quoted by Lebanese newspaper Al-Safir as telling a meeting of party backers that ISIL could have spread to Lebanon if Hezbollah had not stepped in.

Nasrallah praised calls by Shi’ite clerics in Iraq for volunteers to take up arms against ISIL, whose swift advance through majority Sunni areas of northern Iraq threatens civil war and a possible break-up of the country.

Opponents of Hezbollah’s intervention in Syria say it has dragged Lebanon further into its civil war, worsened sectarian tensions in Lebanon and marked a departure from Hezbollah’s founding mission of confronting Israel.

But members of Lebanon’s Shi’ite community have also been alarmed by the rise of radical Sunni jihadists in Syria.

Sunni militants have hit Shi’ite targets in Lebanon with car bomb attacks, although those have stopped since Hezbollah and Syrian government forces ousted rebels from a series of towns and villages near the Lebanese border in March and April.

Hezbollah and Assad are both backed by Iran, the biggest Shi’ite power, while Sunni Gulf Arab monarchies have backed Sunni insurgents in Syria.