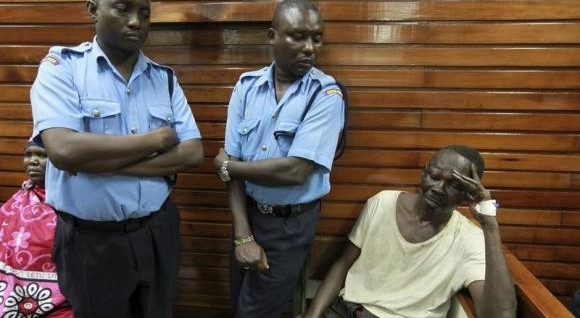 Kenyan police on Wednesday arrested the leader of a separatist movement seeking independence for the country’s Indian Ocean coast regions, accusing Omar Mwamnuadzi of holding an illegal meeting and planning a breach of the peace.

Mwamnuadzi, chairman of the Mombasa Republican Council (MRC), has regularly accused the government of socially and economically marginalising the indigenous people along Kenya’s volatile coastal regions.

MRC was previously outlawed by the government but in 2012 a court overturned that ban.

Authorities have accused MRC of involvement in a spate of killings in 2012 and 2013, including attacks on the eve of the presidential elections when at least 15 people were killed. The group denies involvement.

“Police arrested the MRC chairman this afternoon at his home together with 12 other people,” Kwale county commissioner, Evans Achoki, told Reuters.

“They were holding an illegal meeting and we suspect they may have been planning to engage in activities that would breach peace,” he said. Mwamnuadzi had already appeared in court to face a charge of illegal assembly, he added.

MRC Secretary General Randu Nzai said the group was shocked by the arrest.

“Mwamnuadzi has been a quiet and peaceful man since he was arrested and released in 2012. I don’t know why they would arrest him,” Nzai said.

In June and July al Shabaab claimed responsibility for several attacks in Kenya’s Lamu county, near the Somalia border, in which at least 60 people were killed, houses and businesses torched, and hundreds forced to flee their homes.

The government said local political networks had been involved in the attacks.

One senior police source said the authorities also wanted to interrogate Mwamnuadzi over the Lamu killings.

“We have strong pointers to the involvement of the MRC in the recent killings in Lamu, and their plans for more violence. We want this leader to help us with some information,” he said.