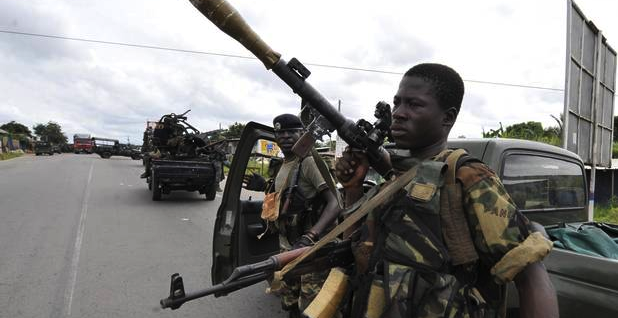 The ICC: Too important to let fail

Elizabeth Evenson, The Globe and Mail

This month, the International Criminal Court will present its budget request for next year to the court’s 123 members, including Canada. The ICC is the only permanent global court with a mandate to prosecute the world’s worst abuses, whether in Darfur, Libya or Congo. But budget negotiations have become increasingly fraught.

Just as its workload began to increase (to eight countries from five between 2010 and 2013), some ICC members, with France, Germany, Italy, Japan and Britain in the lead, began to insist the court undertake reforms and cap its budget. They cited the global economic crisis and budget crunches at home.

The pressure to limit growth has eased in some corners but not in Canada, which has become the leading advocate for holding down ICC budget increases. In the past couple of years, Canada has not stood in the way of increases in the ICC’s budget agreed to by all other member countries, but it has made clear it intends to apply a non-growth stand to all international organizations, including the ICC. That will have disastrous effects if Canada wins the day on the ICC. Zero growth for the ICC is simply not tenable, even in times of austerity. The 13-year-old court is just hitting its stride, completing first trials, grappling with complex and important situations, and facing demands for justice in more places. It is at pains to keep up.

Consider Ivory Coast. A new Human Rights Watch report on the ICC’s work in the West African country paints a picture of a court struggling to make sure the justice it delivers actually counts.

The ICC prosecutor opened investigations in 2011 into horrific abuses during the country’s 2010-2011 post-election crisis. Attacks both by forces allied with former president Laurent Gbagbo and by those with current President Alassane Ouattara killed at least 3,000 civilians. But the prosecution focused initial investigations on crimes by pro-Gbagbo forces. It has signalled it will continue its investigations into all sides this year but, until now, the only cases opened, including the one against Mr. Gbagbo, relate to one side of the conflict.

The result is polarized opinion about the court and a lack of access to justice before the ICC for victims of pro-Ouattara forces. Resulting perceptions of bias in the ICC’s work in Ivory Coast have damaged its legitimacy in that country. And even the court’s outreach around these existing cases was too narrowly focused to engage more Ivory Coast citizens in the ICC’s work.

Lessons from the court’s work in Ivory Coast likely apply, to varying degrees, across all countries where the ICC has investigations.

The problems cannot be explained by a lack of resources alone, but they are a factor. The ICC lacked the money to put a full-time staff member in Ivory Coast to provide information to the public and journalists. Making do with missions conducted from the court’s headquarters in The Hague contributed to the narrow reach of these efforts. And while a budget crunch cannot explain away the prosecution’s initial decision to focus on only one side, it has been a factor in allowing the situation to persist; the ICC prosecution has cited its need to focus on other investigations – and a lack of resources to be everywhere at once – to explain the prolonged delay in getting to other cases in Ivory Coast.

Even if court officials could have made different decisions in Ivory Coast, to apply the lessons from its work there across the countries where the ICC is working – and where it may work in future – it will likely need more resources.

While Canada may have allowed some budget increases to go through, its insistence on zero growth, like the insistence of other ICC member countries before it, risks distorting budget discussions. It moves these discussions toward an arbitrary bottom line, rather than where they need to be: firmly focused on whether the ICC has what it needs to make a difference where it matters, for victims and for communities that have borne the brunt of mass atrocity.

Member countries do need to scrutinize the court’s requests for resources and demand accountability for its use of funds. But as human-rights crises continue to pile up, the ICC’s mandate to hold abusers to account is too big to let the court fail, and yet the Canadian position risks leaving the court too small to succeed.

© Copyright 2015 The Globe and Mail Inc. All Rights Reserved.