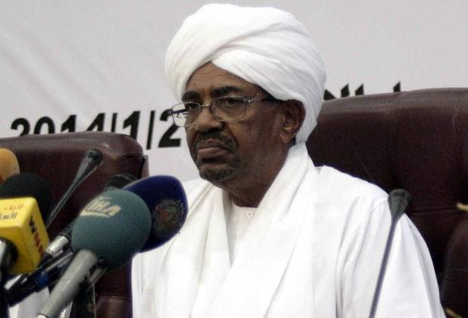 President Bashir is continuing his genocidal policies in Darfur, South Kordofan and Blue Nile states – the US must act to end this campaign

President Obama concluded his three-day symbolic visit to Africa this week, but the 12-year old genocide of Darfur is still unfolding. One would welcome Obama’s achievements during this visit, including his strong position and active diplomacy on South Sudan’s crisis. Nevertheless, it is sad that there was no similar action to end Sudan’s crisis. President Omer Hassan al-Bashir, the International Criminal Court fugitive, has been accelerating his genocidal campaigns in Darfur, South Kordofan and the Blue Nile states – the killing fields of our time. Bashir has been exploiting the divisions among the world powers that have failed to respond to his genocidal wars and gross violations of human rights across Sudan.

The US, as a leading world power that was founded on the values and principles of justice, human rights and democracy, has ceaseless moral responsibility to act against genocide. In September 2004, Colin Powell, then-US Secretary of State, had declared the ongoing conflict in Darfur as genocide. It was a rare precedent in the history of the American administrations’ response to genocide since the 1900s. By recognising the Darfur situation as genocide, the US is under a legal obligation to stop it, as enshrined in the Convention on the Prevention of Genocide of 1948, which has now become international customary law.

The Obama administration is well-informed about the ongoing genocide in Sudan. Before assuming office, President Obama, Vice President Joe Biden and US Representative to the UN, Ambassador Samantha Power, had visited the region and met with the Darfuri refugees in the early years of the Darfur genocide. Susan Rice, the national security advisor, was also outspoken about the genocide in Darfur. All of them had pledged to stop the genocide in Darfur. Advocates, including myself have expected much more from Ambassador Power – the humanitarian intervention champion, influential member of the administration and author of the compelling book A Problem from Hell: America and the Age of Genocide. In this book, Power, poses a haunting question: “Why do American leaders who vow ‘never again’ repeatedly fail to marshal the will and the might to stop genocide?” So why do policy makers, including Ambassador Power, repeat the same failure by not responding to the genocide of the 21st century?

Undoubtedly, Obama is on the tail end of his presidency. Analysts also believe that US foreign interests have shifted from intervening in the affairs of African and Muslim countries towards repairing relations with old enemies like Iran and Cuba. The Iran nuclear deal is currently dominating the national debate in the US, especially with the looming elections season. Public opinion is divided, mainly due to the sharp political differences and calculations between President Obama and the Republican-dominated Congress. Bashir is determined to exploit the current political climate in the US. The Obama administration and the current Congress must not tacitly allow the suffering bellows of countless human beings be their legacy.

Earlier this month, a senior Sudanese diplomat in Khartoum announced that Sudan had invited Ambassador Donald Booth, US Special Envoy to Sudan and South Sudan, to visit Khartoum. According to the Sudanese diplomat, the sole agenda item of the visit is to discuss ways to normalise bilateral relations. Some observers have regarded the move as surprising, given the problematic diplomatic relations between the two countries since the Islamists seized power in Khartoum in 1989.

Sudan has also blocked the US Special Envoy from visiting Sudan since 2013. Bashir’s regime complains that the US had repeatedly broken promises to normalize bilateral relations, despite Sudan’s cooperation in allowing a smooth and peaceful referendum in South Sudan, and eventually recognized its results that led to the independence of South Sudan in 2011. Bashir’s regime also claimed that the US has not rewarded it for its continuous collaboration on counter-terrorism efforts.

So, why has Sudan invited US envoy to visit Khartoum? Some sources in Khartoum believe that the US has recently taken some steps that have been considered by Khartoum as positive and encouraging. First, last February, Dr Ibrahim Ghandour, then al-Bashir’s senior assistant and, currently Sudan’s Foreign Minister, visited Washington DC, where he met with senior officials of the US administration. Ali Karti, the former foreign minister, also visited Washington during that time. However, the State Department distanced itself from his visit.

Second, last February, the deputy assistant secretary of state for democracy and human rights and labor visited Khartoum and met with some Sudanese officials. Third, the US Treasury’s Office of Foreign Assets Control has relaxed the sanctions on Sudan to allow exports of personal communications, including smartphones and laptops as well imports of some agricultural equipment. Fourth, the US has repeatedly recognized Sudan as a valuable partner in counter-terrorism efforts and that Sudan is no longer harboring or sponsoring terrorist organizations. Al-Bashir believes that the emergence of the Islamic State terrorist group will make him a more valuable asset to the US and may push the US to normalize relations with Sudan.

Dialogue is an important method of international and diplomatic relations. However, Bashir is only interested in getting rid of US sanctions to consolidate his autocratic regime. But he is not prepared to take any tangible measures to stop the ongoing genocide and gross violations of human rights, which his regime has been perpetrating. How can a genocidal dictator remain in power, and lead his people into meaningful democratic transition, when he himself fractured Sudan?

The UN Security Council has issued nearly 20 resolutions on Sudan under Chapter 7 of the UN Charter, but al-Bashir has dishonored them all. His real intention is to mislead the world, bide time, and continue his old bloody tactics. During last March and April, Bashir rejected the call for a national dialogue with his fellow citizens; instead, he imposed the rigged one-man and one-party elections, which were strongly denounced by the majority of the Sudanese people and some key members of the international community.

The ongoing genocide in Darfur, the Nuba Mountains and the Blue Nile, as well as the gross violations of human rights across Sudan, should shock the US and the world into action. Bashir should not be allowed to exploit the current focus on the Iran nuclear deal and other world flashpoints. The US should send a clear message to Bashir that it cannot and will not ignore the suffering of millions of innocent civilians who have been subjected to his genocidal campaigns.

It is imperative that the US and its partners set a clear road map with specific benchmarks that apply punitive measures, including smart targeted sanctions, to stop the genocide, realize an inclusive peace and facilitate a political transition in Sudan. It should be clear to Bashir that there will be no normalization with the ongoing genocide and tyranny.

Obama can still fulfil his long overdue promise to stop the first genocide of the 21st century. He should not be held back by narrowly defined national interests, since his administration has already considered the prevention of genocide and other mass atrocities as a core American national security interest. If there is a will, stopping the horror in Sudan can still be a part of the Obama’s foreign policy legacy. It is not too late for President Obama to fix his Sudan’s policy.

Ahmed Hussain Adam is Visiting Fellow at Cornell University’s Institute for African Development (IAD) and a Research Fellow at the Department of Public Policy and Administration at the American University in Cairo. The views expressed in this article belong to the author and do not necessarily reflect the editorial policy of Middle East Eye.