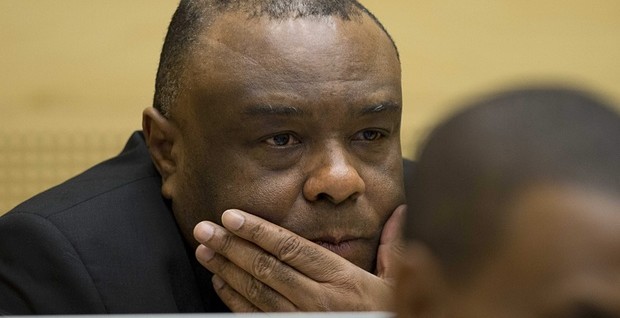 PARIS — A former Congolese vice president, Jean-Pierre Bemba, and four of his associates went on trial Tuesday at the International Criminal Court on charges that they tampered with witnesses, gave them money and urged them to testify in Mr. Bemba’s favor at his war crimes trial.

Mr. Bemba, a wealthy and once-powerful man in the Democratic Republic of Congo, is still in jail in The Hague, awaiting a verdict in his trial for grave crimes attributed to his militia in the neighboring Central African Republic in 2002 and 2003.

During that trial, the prosecution told the court on Tuesday, Mr. Bemba and his associates “corruptly influenced the testimony of numerous defense witnesses” to provide or withhold information. Prosecutors said they had intercepts of telephone calls and emails, as well as witness accounts to support their case.

The other defendants are Mr. Bemba’s lead lawyer, Aimé Kilolo; his case manager, Jean-Jacques Mangenda; and two associates, Narcisse Arido and Fidèle Babala, who is a member of the Congolese Parliament. All five pleaded not guilty.

Other cases at the court have faced questions of tampering. Last year, prosecutors had to withdraw their case against Kenya’s president, Uhuru Kenyatta, citing extensive intimidation and bribery of witnesses, while in the continuing trial of Kenya’s vice president, William Ruto, some fearful prosecution witnesses have similarly withdrawn or changed their accounts.