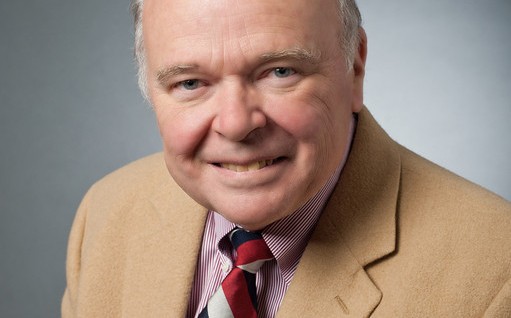 Testimony presented to the House Subcommittee on Africa, Global Health, and International Organizations of the House Committee on Foreign Affairs, 9 December 2015

Weak Words Are Not Enough

Members of Congress, it is an honor to testify before this committee about the crimes of the Islamic State in Iraq and Syria (ISIS), which is the greatest threat to civilization since Nazism and Stalinist and Maoist Communism. Like those movements, ISIS has a millenarian, utopian ideology that turns mass murder into an ideological duty, and worse, a religious virtue.

On November 25, 2015, twenty-one human rights organizations, genocide scholars, and religious leaders wrote to President Obama imploring him and the US Department of State to recognize that ISIS is committing genocide not just against Yazidis, but also against Christians, Shi’a Muslims, Turkmen, Shabaks and other religious groups that ISIS labels “infidels” or “apostates.”

Recent reports suggest that the State Department may be preparing a forthcoming statement declaring the targeted mass killing, rape and enslavement of the Yazidi community under ISIS to be “genocide.” This is a welcome step in the right direction, but the clearly documented facts on the ground and our country’s treaty obligations under the Genocide Convention require that our government include Christians and these other groups as victims of genocide as well.

According to Presidential Study Directive 10, preventing mass atrocities and genocide is a core national security interest and a core moral responsibility of the United States.

Designation of a group as one targeted for genocide would have significant policy implications for American refugee policy, because such victims would be given a rebuttable presumption that they have a well-founded fear of persecution because of their religious or ethnic identities. The US is a party to the UN Convention and Protocol on Refugees. We have international legal obligations to offer aid, asylum, and other protections to such victims. This is why it is critical that a presidential statement on the crimes against humanity against Middle Eastern Christians, Shia Muslims, Yazidis and other religious groups be given the proper name, which is genocide.

Why does it make a difference whether these crimes not be named “crimes against humanity” or “war crimes,” and instead be called “genocide?” Ethnic Cleansing is a euphemism for forcible displacement. “Ethnic cleansing” is not a term used in the Rome Treaty of the International Criminal Court. It has no legal meaning in international law.

In 2007, three epidemiologists and I conducted a study[i] of the effect of using the words “ethnic cleansing” rather than genocide in four of the most recent genocides: Rwanda, Bosnia, Kosovo, and Darfur. Our team counted the number of uses of the terms “ethnic cleansing” and “genocide” in The New York Times, UN press releases, law journals, and statements by Amnesty International and Human Rights Watch.

We came to four important conclusions:

On September 3, 2015, members of The International Association of Genocide Scholars, the world’s largest organization of experts on genocide, stated in an Appeal to Congress: “ISIS’ mass murders of Chaldean, Assyrian, Melkite Greek, and Coptic Christians, Yazidis, Shia Muslims, Sunni Kurds and other religious groups meet even the strictest definition of genocide.”

Assyrians/Chaldeans/Syriacs, whose presence in Syria and Iraq predates Christianity by 4,000 years, were among the first converts to Christianity. They are clear victims of religious genocide, both for their Christian faith, and for the historical heritage their ancestors made to the world. This is genocide.

If the United States fails to adequately recognize the full scope of the intentional destruction of these groups, it will constitute a failure of the values of tolerance and plurality for which our republic stands.

Failure to call ISIS’ mass murder of Christians, Shia Muslims, and other groups in addition to Yazidis by its proper name—genocide—would be an act of denial as grave as U.S. refusal to recognize the Rwandan genocide in 1994. Calling genocide by its proper name cannot wait for a ruling by a court of law. Under the Convention on the Prevention and Punishment of the Crime of Genocide we have an obligation to work towards prevention and punishment.

The IAGS and the twenty-one religious leaders, many from both political parties, also urged the Obama administration to encourage the U.N. Security Council to refer the case against ISIS to the International Criminal Court.

Congress has advanced important measures to recognize these atrocities for what they are: Genocide. Congressman Jeff Fortenberry introduced H.Con.Res 75, which recognizes the collective persecution of religious minorities as genocide, and to date the resolution has over 150 bipartisan cosponsors. Congressmen Franks, Speier, Smith, Sherman, Rohrabacher, Eshoo, and Fortenberry have introduced House Resolution 447, supporting the establishment of a Syrian war crimes tribunal to try ISIS, especially for its mass rape of women and girls.

There are nearly seven million Middle Eastern – American Christians in the United States diaspora. Congress and the President should recognize that the genocide perpetrated by ISIS has not stopped with the Yazidis. Middle Eastern Christians and other groups have suffered the same level of targeted and systematic crimes of extermination and genocide.

Their blood cries out no less. Their protection is as imperative as that of their Yazidi brothers and sisters. We urgently request that Congress, the State Department, and the President publicly acknowledge and denounce ISIS crimes against humanity against Yazidis, Christians, and other religious minorities by its proper name: genocide. Weak words are not enough.

We urge you to act quickly with our allies and the United Nations to ensure that the ongoing, genocides, crimes against humanity, and war crimes of ISIS are halted, prevented, and punished. The religious freedom and dignity of the human race depends on our leadership.

School for Conflict Analysis and Prevention