Humanitarian Aid for Blue Nile, Nuba Mountains and throughout Sudan is Urgently Needed

Humanitarian Aid for Blue Nile, Nuba Mountains and throughout Sudan is Urgently Needed 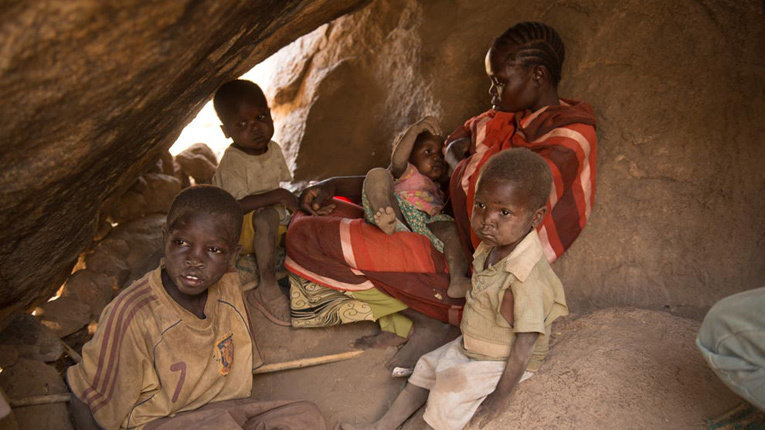 RE: Unhindered Assistance from Multiple Locations for the Two Areas and throughout Sudan
Your Excellency and Mr. President,

In light of the impasse at the 10th round of peace talks in Addis Ababa between the government of Sudanand the SPLM-N, we believe it is critical to recognize that it is a violation of international law to block humanitarian aid to innocent civilians living in conflict zones. Therefore, no party to the conflict shouldprevent the international community from providing humanitarian aid to the people affected by conflict inthe Nuba Mountains/South Kordofan and the Blue Nile states, commonly referred to as the Two Areas, ofSudan, or any other area within Sudan. According to multiple UN General Assembly Resolutions,UNOCHA, and the ICRC, humanitarian actions are founded on four guiding principles: humanity,neutrality, impartiality and independence. These principles provide the foundation to establishing and maintaining access to affected people in a complex emergency such as armed conflict. If humanitarian assistance relief actions do not follow these principles then the entire operation puts the victims of conflict at risk and humanitarian assistance can become a weapon in furtherance of armed conflict. Since June 2011, the Government of Sudan has persisted in an aerial campaign to bomb the people and villages of the Two Areas, with attacks consistently having no military objective. Recent reports indicatethe government is preparing for renewed fighting in the Two Areas with the delivery of new militaryequipment and reinforcements and the announcement by the Defense Minister to Parliament that the TwoAreas “will be liberated through a massive military operation.” Aerial bombardment has terrorized thecivilian population, killed, maimed and injured thousands, displaced over a million people, and intentionally destroyed crops, the primary food source for the civilian population. At the same time, theGovernment of Sudan has effectively refused to allow humanitarian assistance into the Two Areas, often putting forward conditions that make providing humanitarian assistance impossible. Article 7 of the Rome Statute, the founding legal statute of the International Criminal Court (ICC), sets forth crimes against humanity as including inhumane acts of intentionally causing great suffering, orserious injury to body or to mental or physical health. Further, other international criminal tribunals have rendered convictions based on similar principles. In its judgment in Kristic, the International CriminalTribunal of the Former Yugoslavia (ICTY) found that the blocking of aid convoys was part of the“creation of a humanitarian crisis,” which, combined with crimes of terror and forcible transfers, incurredindividual responsibility for inhumane acts and persecution as crimes against humanity. The InternationalCommittee of the 2
Red Cross has also interpreted the Geneva Conventions and their protocols to prohibit states fromunwarranted refusal of humanitarian access and assistance in conflict zones. Specific to Sudan, UN Security Council Resolution 2046 strongly urges the parties to comply withinternational humanitarian law and the guiding principles of emergency humanitarian assistance for safe,unhindered and immediate access of the United Nations and other humanitarian personnel to deliver equipment and supplies and to assist conflict-affected civilian populations. The African Union Peace andSecurity Council has repeatedly urged the parties to respect human rights and International HumanitarianLaw and to allow humanitarian assistance to reach those in need. During the peace talks in Addis Ababa, the government of Sudan indicated that it would allow cross line humanitarian assistance to be provided from government-controlled areas, meaning that the governmentwould be involved or would be perceived to be involved in the delivery of humanitarian assistance to the same people it is violently targeting, a clear violation of the principles of humanity, neutrality, impartiality and independence the people of the Two Areas have a right to enjoy. For obvious reasons, the people ofthe Two Areas do not trust the government of Sudan, and many parts of the population may wellrefuse to accept assistance that emanates from government-controlled areas. This will make assistance coming solely from government controlled areas ineffective and will undermine the veryresult that the international community is hoping to create. We urge the United States, the United Nations, and other interested parties to stop the ongoing crimes against humanity in the Two Areas and throughout Sudan by upholding international humanitarian law that ensures the unhindered delivery of assistance from multiple locations by the international community so that the people of Sudan can receive the life giving assistance that they so sorely need.
Sincerely,