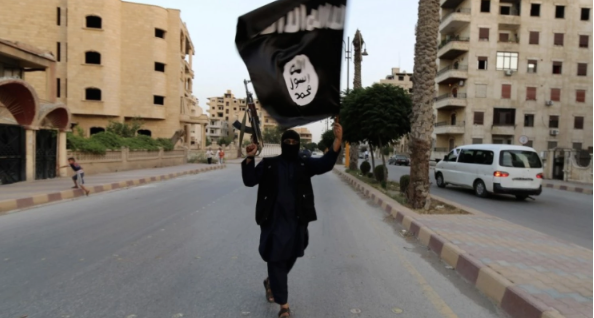 Some are pushing to call the Islamic State’s actions ‘genocide.’ What would that mean?

The question is before the public in a way it hasn’t been for a decade, with the debate coming to a head between the White House and a growing group of lawmakers demanding the administration use the term to describe killings of religious and ethnic minorities targeted by the Islamic State – in particular Christians.

A measure Congress passed late last year mandates Secretary of State John Kerry to formally answer by March 17 whether its victims are the targets of genocide, and Kerry addressed the topic for the first time in public Wednesday.  He was asked about it during a budget hearing by Rep. Jeff Fortenberry (R-Neb.) Fortenberry noted that the European Parliament, the U.S. Catholic bishops, Pope Francis, Hillary Clinton and Marco Rubio, among others, had used the word about ISIS.

“None of us have ever seen anything like it in our lifetimes.  Obviously if you go back to the Holocaust, the world has seen it,” Kerry told the committee, adding that he was studying “legal standards and precedents” and would make a judgment soon.

The topic has been partisan, and heavily charged in every direction, with questions about whether the U.S. favors or ignores Christians (or Muslims, among others), and whether using such a powerful label would inevitably force a change U.S. policy in Iraq and Syria.  Would it mandate more military action?  A change in refugee policy that would open the U.S. doors to many more thousands of religious minorities fleeing ISIS?  And if so, which faith, or faiths, would get preference?

It’s a web of politics, law, war and religion that the White House has so far been extremely cautious of engaging.  A spokesperson for the State Department declined to comment Wednesday.

Genocide scholars say the administration’s decision has large implications for what the word means.  Bill Clinton hesitated to use the word in Rwanda, saying it would mandate action.  George Bush used it a decade later in Darfur, but concluded it didn’t mandate any policy change.  Genocide experts want, above all, for the word to mean something.

“We want it so that when we use the label it does set triggers.  This is an opportunity for the Obama administration to set that precedent,” said Cameron Hudson, director of the Center for Genocide Prevention at the U.S. Holocaust Memorial Museum.  “This is a very consequential debate.”

It is also a heavily political topic.  While some Democratic leaders have called for the White House to label Islamic State atrocities “genocide,” most advocates are Republicans, and many of Obama’s most visible, outspoken critics on this topic are conservative Christian leaders who have tried during his presidency to paint the President as diminishing the role of Christianity in public life.  The genocide fight links criticism of Obama’s policy in the Middle East to the emotional topic of tribe.

Most GOP candidates have made part of their platform the protection of Christians in the Middle East and said religious liberty is eroding.

A major budget measure passed in December included a section calling for Kerry to submit to Congress an evaluation of the situation “including whether the situation constitutes mass atrocities or genocide, and a detailed description of any proposed atrocities prevention response recommended.”  A measure introduced in the fall and sponsored by Fortenberry (and two other Republicans and three Democrats) is expected to come before the House this spring.  It asks Congress to declare “Christians and other ethnic and religious minorities” victims of war crimes, crimes against humanity and genocide.

The U.S. government rarely designates conflicts “genocide,” a term that was created after the Holocaust.  Crimes in Bosnia in 1995, Rwanda in 1994, Burundi in 1972 and 1993 and Darfur beginning in 2003 have been given that label.

Use of the word is governed not by any U.S. law but by the 1948 convention adopted by the United Nations on the Prevention and Punishment of the Crime of Genocide.  It defines genocide as acts ”committed with the intent to destroy, in whole or in part, a national, ethnical, racial or religious group.”

“There is a misconception about the word.  The Genocide Convention doesn’t require us to do anything,” said Greg Stanton, president of Genocide Watch and a past president of the International Association of Genocide Scholars.

Stanton believes the word is underused, and that there have been 55 genocides since the Holocaust – including the crimes perpetrated by ISIS.  He noted that it’s only been in the last year or so – because of ISIS atrocities – that most American Christians have paid attention to the cause of Middle Eastern Christians, who have been pushed out of the region for several decades.  A common expression is that Middle Eastern Christians have been “too Christian for the left and too foreign for the right.”

Until very recently, it’s primarily been American Catholics who focused on the region, Stanton said.

“Essentially people don’t care.  The bystander phenomenon is why genocide continues.  As long as we don’t call it the right name, nothing will be done about it.  That’s what worries me.”

Dozens of members of the International Association of Genocide Scholars signed a statement calling for Congress to declare genocide the Islamic State’s killings of “Chaldean, Assyrian, Melkite Greek and Coptic Christians, Yazidis, Shia Muslims, Sunni Kurds” and other groups.

Stanton acknowledged that comprehensive research hasn’t been done in Iraq and Syria and said a group of scholars is planning to return for deeper work.

Hudson’s institute in December released a 32-page report from the Holocaust Museum saying ISIS had waged “crimes against humanity, war crimes, and ethnic cleansing” against multiple groups in Northern Iraq, but only found evidence of genocide against the Yazidis, a Kurdish community.  Fact-finding showed special ISIS attention to trying to prevent future generations of Yazidis from being born, he said.

Hudson said the debate over the word is somewhat misplaced, as it’s not clear that it would mandate or change anything on the ground.  It’s also under debate, he said, whether using the label would “create a hierarchy of suffering” that could affect reconciliation among the many groups in some future peacemaking period.

“The problem with the genocide debate, and I’ve seen this in many cases, is we spend time talking about whether it’s a genocide or not and no time saying: What will we do about it?  There is no debate about how to protect religious communities.  All the policy space is taken up with a debate that at the end of the day doesn’t change anything,” he said.

Hudson said the new challenge with the Islamic State is that genocide law has been built around the idea of holding nations accountable with things like sanctions and courts.  How do you hold ISIS accountable? Stanton said nations participating in the International Criminal Court could refer people who participate with ISIS — this could include Europeans who join and then return home — for trial by the International Criminal Court.

“ISIS doesn’t care but they will if their people are starting to come back and get tried for war crimes,” Stanton said.

While people debate words, Fortenberry said, “people die, people have no recourse returning to their ancient land…while we debate these nuances.”

Asked what might change if Islamic State crimes were labeled genocide, he said that while he didn’t have a detailed plan – though he did mention his desire for the United States to more aggressively create “safety zones” for religious minorities – he said “the reality” of genocide would change the context for debate about U.S. policy.

The pending legislation came up last fall, in good part inspired by Pope Francis’s use of the word and his pending visit, Stanton said.  While some have worked on the issue for many years, the suffering of Middle East Christians has become a cause celebre on Capitol Hill.  Multiple versions were put forward by different groups, including some that asked that only Christians be called victims of genocide.

The State Department, however, has remained quiet.

Bob McKenzie, a former State Department senior adviser who now works on Islamic world issues at the Brookings Institution, said the White House is being extremely cautious for political and foreign policy reasons.  If multiple groups are declared victims of genocide it would “impel the administration to advance in ways I don’t think they are prepared to do now. It’s not dissimilar to what happened in Rwanda,” he said.  “My God, especially in this election cycle. I think it would have an impact, and not – from their point of view – a positive one.”

In addition to debates about the effectiveness of deeper involvement, McKenzie said, there are also considerations about how a genocide label could impact refugee and asylum cases, and efforts down the road to restore land and property to people expelled from their homes.

Michelle Boorstein is the Post’s religion reporter, where she reports on the busy marketplace of American religion.