The Outrage of Comparing Israel to the Nazis 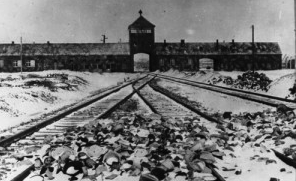 The Outrage of Comparing Israel to the Nazis

Image: Comparing lesser events to the meticulously planned genocide of Europe’s Jews in the Holocaust is both cheapening and a cheap trick, says the author. (Illustrative.) Photo: Wikimedia Commons.

At a UN meeting last Friday, the Venezuelan ambassador Rafael Ramirez listened to a presentation by an Israeli human rights organization about attacks on Palestinians. The ambassador then wondered out loud, “What does Israel plan to do with the Palestinians … does Israel seek probably to wage a final sort of solution as was perpetrated against the Jews?” Later the ambassador said that he apologized if he had offended Jewish people.

His comments are not unusual. Hardly a day goes by without a comment made somewhere by a politician or commentator comparing Israel to Nazi Germany. It takes the form of a fetish that allows people to both degrade and deny the nature and monstrosity of the crimes of the Nazis, while at the same time pointing the ultimate insult at their victims. It plays on pseudo-psychology, portraying victims who are destined to be abusers. Worst of all it, has infected Israeli and Jewish discussions to such a degree that many Jews are actually convinced that this intellectual laziness passes for serious discussion.

The last phenomenon should come first. Why do Jews, who in theory should be knowledgeable of the Nazi crimes, so quickly reach for them as an example of Israeli behavior. There is a pedigree to this. In the 1930s, David Ben-Gurion slandered Vladmir Jabotinsky and the Zionist right in 1933 by calling Jabotinsky “Vladmir Hitler.” In 1948, leading American Jewish intellectuals, including Albert Einstein and Hannah Arendt, signed a letter to the New York Times comparing Menachem Begin’s Herut party “in organization, methods, political philosophy and social appeal to the Nazi and fascist parties.” Only three years after the Holocaust, which Arendt and Einstein were fully aware of the extent of, they felt the need to abuse the memory of the six million to make a political point. It has all been down hill from there.

The obsessive need to compare Israel’s actions to Nazis among the Jewish community was best articulated by Norman Finkelstein in a recent interview at the website Open Democracy. “Once the Nazi Holocaust became the cultural reference, then, if you want to touch a nerve regarding Palestinian suffering, you had to make the analogy with the Nazis, because that was the only thing that resonated for Jews,” he explained. Finkelstein boasted that, in 1982, he was part of a “handful of Jews” who protested the invasion of Lebanon in New York. He held a sign saying, “This son of survivors of the Warsaw Ghetto uprising, Auschwitz, Majdanek will not be silent: Israeli Nazis – stop the Holocaust in Lebanon.”

Finkelstein was right — the most hurtful comment one can make, that “touch a nerve,” is to call other Jews “Nazis.” At the same time that Finkelstein was holding his sign, Israeli professor Yeshayahu Leibowitz was using the term “Judeo-Nazi” to describe Israelis. Nowadays you can barely read the Israeli press for a year without this term being hammered home. Uri Misgav at Haaretz claimed in 2014 that Israel was reflecting Arendt’s Banality of Evil, and that it was “not Neo-Nazis but Judeo-Nazis.”  In 2016 he claimed there were “Judeo-Nazis in Israel’s legislature.” Israelis have many other comparisons to reach for, some speak of fascism, others claim the country is an apartheid state, and more recently many people compare Israel to ISIS in the Hebrew media — but the “Nazi” comparison is the most powerful, and relatively common.

To commemorate Holocaust Remembrance Day, Deputy-Chief of Staff Yair Golan made the comparison: “The Holocaust should bring us to ponder our public lives and, furthermore, it must lead anyone who is capable of taking public responsibility to do so,” Golan said. “Because if there is one thing that is scary in remembering the Holocaust, it is noticing horrific processes which developed in Europe – particularly in Germany – 70, 80, and 90 years ago, and finding remnants of that here among us in the year 2016.”

He wasn’t being so original, as only a few weeks before, MK Haneen Zoabi had written to kibbutz Yad Mordechai to say she wouldn’t attend a memorial day event there. “You can’t teach the lessons of the Holocaust when you don’t distinguish between the terrifying similarity between what is happening today all around us and what happened in Germany in the 1930’s,” wrote Zoabi. It’s almost like “Israel is the 1930s” is the go-to comparison for everyone –the banal, obvious, thing to say. Instead of confronting racism or discrimination or discussing real issues, it’s easier just to shock people by mentioning the 1930s and Israel today. It has no impact beyond the shock value. What could possibly be learned from the 1930s, given that the real Israel today bares no resemblance to them?

I’ve never been to a concentration camp in Europe. It’s not due to lack of opportunity; it’s due to a disinterest in seeing the places of mass death and dying, and a greater interest in spending time seeing the synagogues that represent life and the Jewish history. What strikes me is how different my perspective is from many Jewish people. Many Jewish Israelis have visited death camps, and the Holocaust is a central part of Jewish identity for many American Jews. Ostensibly they are familiar with the history of the Holocaust. But familiarity breeds contempt.

Let’s recall the real Holocaust. In 1944, a woman named Orli repeated a quote from the infamous Dr. Josef Mengele. “When a Jewish child is born or a woman comes to camp with a child already, I don’t know what to do with the child…it would not be humanitarian to send the child to the ovens without permitting the mother to be there to witness the child’s death, that is why I send the mother and child to the gas ovens together.” That is what the Nazis did. And you, you legions and legions of Israelis and Jewish commentators who over the years smirked and said “Israeli Nazis” and “Israel is like the Nazis” and “my political opponents are like the Nazis,” you all are engaged in Holocaust denial. It’s not just intellectual laziness that people reach for the Nazi comparison, it is actually a form of degrading the Holocaust, making the Nazi crimes run-of-the-mill, and inflicting grave harm on the real victims.

What about the abuse directed at the Holocaust by those numerous non-Jewish commentators who always need to find a way to make Jews into “Nazis”? Since shortly after the Holocaust, there has been a pathological comparativeness. Arnold Toynbee, the British historian, claimed that the treatment of Arabs was “morally equivalent” to the Nazi treatment of Jews. This past April, the Swedish Housing Minister resigned after claiming, “Israelis treat Palestinians in a way that is very like that in which Jews were treated during Germany in the 1930s.” In 2008, Neil Clark, writing for The Week, claimed that “German protesters dare to compare Israelis to Nazis.” The writer argued that “European guilt” over the genocide was receding and now they were “not afraid to compare Israel’s treatment of the Palestinians to the Nazis’ treatment of the Jews.”

Is this because European “guilt” is receding or because Europeans need to feel that what they did to the Jews — putting them in gas chambers and relishing in the murder of 1 million Jewish children in the arms of their mothers — is normal. It’s not that guilt has receded, it’s that many Europeans were never guilty — and that, in fact, they need Jews and Israelis to be the “real Nazis” so that their own Nazi crimes can be forgotten. In the minds of many of the these pathological comparers, Israeli Jewish actions are the only “Nazi” actions. They don’t think the real Nazis were so bad.

David Ward, a Liberal-Democrat MP from the UK, claimed in 2013 that Jews had not “learned the lessons” of the Holocaust. “The Jews who suffered unbelievable levels of persecution during the Holocaust could within a few years of liberation from the death camps be inflicting atrocities on Palestinians…and continue to do so on a daily basis.” This is the real pathology of European views of Jews. European Nazis commit a genocide and then Europeans claim that Jews must learn a special lesson from that genocide and be held to a special standard. It’s like Europeans colonizing and genociding the aboriginals in Australia and then finding out an Aboriginal man got in a fight with someone and saying, “They haven’t learned the lessons of our genocide of them.”

Think about it.  When someone says that the Kenyans didn’t “learn the lessons” of having been colonized and that they are now treating Somali refugees badly, what is really being said? But no one makes that weird comparison with Kenyans. Only with Jews are they constantly compared to the Nazis. It is part of a pathology.

We have to admit that whether it is Israeli academics or European MPs, the central reason for comparing Israeli actions to the Nazis is due to a pathology. For some like Finkelstein, it is openly an attempt to shock. For others, it is due to base ignorance and intellectual laziness grounded in a self-flagellation. For many non-Jews, it is due to a deeply ingrained subconscious need to reduce Jews to the level of their abusers in order to advance a view that Jews not only deserved the Holocaust, but to make the European Holocaust less unique.

The comparison has become a trope, de rigueur in some circles. If it’s Israel, then it must be “Nazis” in the discussion. If it is Jewish people, then it must have something to do with “learning” from the Holocaust. Can we confront this trend with greater education about the Holocaust? Is it worth describing it as antisemitism?

The fact that many of those who make this comparison subsequently apologize or suffer political consequences could be seen as a good sign. Yet the task of confronting this offensive comparison is made more difficult with the frequency with which it is made in Jewish circles. It is essential as the last generation of Holocaust survivors begins to fade from our time, that we not replace them with clichéd, intellectually lazy comparisons. Jewish communities should confront those who make this comparison and remind them of the real history and demand that using this for shock value is grotesque. We say, “Never again,” but if we meant it, then we would combine it with an attempt to view the Holocaust as unique and not abuse its memory. It’s time to make it clear, across the board, that comparing everything today to the 1930s is unacceptable.