She Won a Seat in Iran’s Parliament, but Hard-Liners Had Other Plans 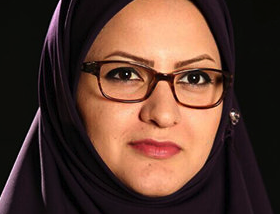 How Boko Haram Trains Abducted Women and Girls to Be Suicide Bombers Dionne Searcey, The New York Times 07 April 2016 Image: Rahila Amos, a Nigerian grandmother, said she was abducted by Boko Haram and forced to take classes on how to carry out a suicide bombing. CreditTyler Hicks/The New York Times MINAWAO REFUGEE CAMP, Cameroon — Hold the bomb under your armpit to keep it steady, the women and girls were taught. Sever your enemy’s head from

Taliban Waged a Calculated Campaign Against Women in Kunduz

Taliban Waged a Calculated Campaign Against Women in Kunduz Alissa J. Rubin, New York Times 14 October 2015 Image: Dr. Hassina Sarwari, the Kunduz Province director of Women for Afghan Women, in 2014.Credit - Bryan Denton for The New York Times KABUL, Afghanistan — The Taliban occupation of Kunduz may have been temporary, but what they did to Afghan women’s rights could prove to be lasting. In a methodical campaign, the Taliban relentlessly

Now for a Limited Time: Free Registration for the Women & Genocide in the 21st Century Symposium!

Nobel Peace Prize Goes to Malala Yousafzai and Kailash Satyarthi By Alan Cowell and Declan Walsh 10 October 2014 Reaching across gulfs of age, gender, faith, nationality and even international celebrity, the Norwegian Nobel Committee awarded the 2014 peace prize on Friday to Malala Yousafzai of Pakistan and Kailash Satyarthi of India. The award joined a teenage Pakistani known around the world with an Indian veteran of campaigns to end child labor and

South Africa Takes a Step Backwards By Graeme Reid, City Press July 7, 2014 South Africa’s inexplicable support for a regressive resolution at the UN Human Rights Council brings into question its commitment to gender equality and the rights of lesbian, gay, bisexual and transgender (LGBT) people. A controversial “protection of the family” resolution was passed on June 26. Not only did South Africa vote in favour, but astoundingly supported

War's overlooked victims By The Economist 13 January 2011 Rape is horrifyingly widespread in conflicts all around the world SHORTLY after the birth of her sixth child, Mathilde went with her baby into the fields to collect the harvest. She saw two men approaching, wearing what she says was the uniform of the FDLR, a Rwandan militia. Fleeing them she ran into another man, who beat her head with a metal bar. She fell to the ground with her baby and

Let There Be No Hiding Place for Rapists in War

Let There Be No Hiding Place for Rapists in War By John Kerry 9 June 2014 Sexual violence plagues every country. It is not just a domestic criminal justice issue. Acts of sexual violence demean our collective humanity. They perpetuate conflict and instability for generations. They make us all less secure, less prosperous and less free. So there are few causes worthier of international co-operation. In February, I was proud to announce to the world

Rape 'routine' in DR Congo prisons By BBC 2 June 2014   Security officials "routinely" rape women in prisons in DR Congo as punishment for their political activities, a UK-based charity says.   Freedom From Torture said medical reports of 34 women showed many of them had been brutally gang-raped. The women - who included traders and professionals aged between 18 and 62 - are seeking asylum in the UK. Democratic Republic of Congo government