Deadly Ethnic Strife Convulses Ethiopia-South Sudan Border Jacey Fortin, The New York Times 25 April 2016 Image credit: BBC.com GAMBELA, Ethiopia — After angry mobs began targeting his community, Simon Thion, 29, felt caught in the middle. Mr. Simon, an Ethiopian who is part of the Nuer ethnic group, went to a hospital in the western town of Gambela recently to visit his nephew, who was injured when members of the Murle ethnic group crossed into

Land Grabbing and Violations of Human Rights in Ethiopia Malkamuu Jaatee, Anywaa Survival Organization 28 January 2016   Introduction Land grabbing is classically known as the seizing of land by a nation, state or organization, especially illegally or unfairly. It is recently redefined as a large scale acquisition of land through purchases or leases for commercial investment by foreign organizations (6). Both micro and macro scales of land

Press Release: Oromo Community Association of Nova Scotia (OCANS) Oromia, Ayyaantuu News 16 December 2015 Halifax, Nova Scotia, Canada – December 16, 2015 – The Oromo Community Association of Nova Scotia has a plan to protest and express our outrage at the killing of Oromo students and systematic elimination of Oromo people by the Ethiopian junta. This is not the first time that innocent Oromos and other Ethiopians have been killed by the TPLF/EPRDF

Ethiopia: Oppressed Peoples Have Historic Duty to Stand by the Oromo Nation

Oppressed Peoples Have Historic Duty to Stand by the Oromo Nation Gabisso Halaale, Oromia, Ayyaantuu News 1 January 2016 We are witnessing a human tragedy of biblical proportions in Oromia, Ethiopia today. At the center of the tragedy is the peaceful protests by the Oromo civilians against the so called Addis Ababa Integrated Master Plan that will incorporate dozens of cities, towns and rural farm villages from the neighbouring Oromia Region into

Elections, Ethiopian style Felix Horne, Al Jazeera On Line 05 May 2015   Image: This is what an election campaign looks like in Ethiopia, where the ruling coalition took 99.6 percent of parliamentary seats in the last national elections, in 2010. Since the last election, the ruling party has exerted more control and increased its repression of basic liberties. There are few ways for Ethiopians to peacefully express dissent.   Jirata, who asked

Pope Francis condemns Isis killings of Ethiopian Christians The Guardian 21 April 2015   Pope Francis has condemned the “continuing martyrdom” of Christians by Isis militants after 30 Ethiopians were shown being shot and beheaded in Libya. “With great distress and sadness I learn of the further shocking violence perpetrated against innocent Christians in Libya,” Francis said in a message to Patriarch Abuna Matthias of the Ethiopian Tewahedo 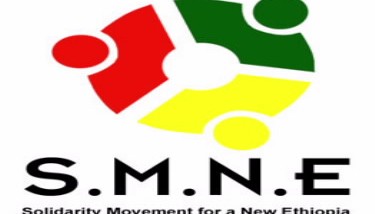