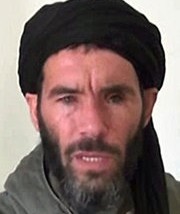 U.S. Airstrike in Libya Targets Planner of 2013 Algeria Attack Eric Schmitt, New York Times 15 June 2015 Image: An undated image of Mokhtar Belmokhtar, an Algerian militant leader reported to have been killed in an American airstrike.Creditvia Agence France-Presse — Getty Images WASHINGTON — The United States carried out an airstrike in Libya early Sunday against the mastermind of the 2013 terrorist seizure of an Algerian gas plant that left 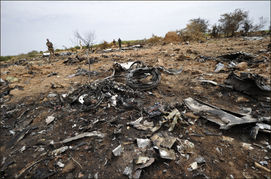 Algeria rules out terrorism in Mali plane crash   By Walid Ramzi in Algiers for Magharebia July 29, 2014   Algeria ruled out terrorism as the cause of the plane crash that killed 118 people last Thursday in northern Mali. Prime Minister Abdelmalek Sellal on Saturday (July 26th) said that "targeting the plane with a missile at a height of 10,000 metres is difficult and requires sophisticated equipment". The Air Algerie plane leased from

News alerts, personal stories, and articles on Algeria can be sent to communications@genocidewatch.org with the subject line “Algeria”

Algeria, officially known as the “People’s Democratic Republic of Algeria,” is over ninety percent Berber. Yet it has been almost constantly colonized, conquered in turn by the Romans (first – fourth centuries), Arabs (eighth – eleventh centuries), Ottoman Empire (sixteenth – nineteenth centuries) and finally by the French (1830 – 1962.) The French actually made Algeria part of metropolitan France and many French citizens settled there.