The Cases of Karadzic, Bemba, and Ongwen 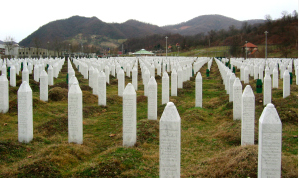 On the Way to Ending Impunity: The Cases of Karadzic, Bemba, and Ongwen By Werner Hofs, RtoP Weekly 31 March 2016   Gravestones at the Strebenica-Potocari Memorial Centre in Bosnia and Herzegovina. Michael Buker Last week was an important one for the advancement of international criminal justice and the Responsibility to Protect (RtoP). On 24 March 2016, the International Criminal Tribunal for the former Yugoslavia (ICTY) rendered its judgment in

News alerts, personal stories, and articles on Zambia can be sent to communications@genocidewatch.org with the subject line “Zambia”