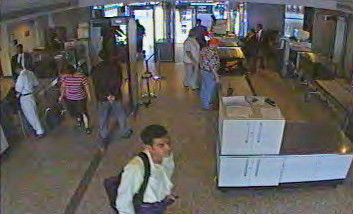 Saudi Imam, 2 Hijackers, A Lingering 9/11 Mystery Mark Mazzetti and Scott Shane, The New York Times June 17, 2016 Image: Khalid al-Mihdhar at Dulles International Airport near Washington on Sept. 11, 2001. Mr. Mihdhar is one of two 9/11 hijackers who American investigators say may have been aided by a Saudi official. Inside an opulent palace in Riyadh late one evening in February 2004, two American investigators interrogated a man they believed

Saudis Face Mounting Pressure Over Civilian Deaths in Yemen Conflict Kareem Fahim, New York Times 29 September 2015   Image: The city of Saada, in north Yemen, has been a focus of Saudi attacks against the Houthi rebels.CreditTyler Hicks/The New York Times CAIRO — Saudi Arabia and its allies faced mounting international pressure on Tuesday to halt a bombing campaign in Yemen the day after airstrikes killed dozens of people at a village wedding

Suicide Bomber Kills 13 at Mosque in Southern Saudi Arabia Ben Hubbard, The New York Times 06 Aug 2015 Image credit: The Independent UK ISTANBUL — A suicide bomber killed 13 people when he blew himself up on Thursday in a mosque used by security forces in southern Saudi Arabia, the Saudi state news agency reported. The blast is the most recent in a series of attacks on mosques in the kingdom, with the timing often intended to maximize casualties.

Sudan: The View of Khartoum from Saudi Arabia 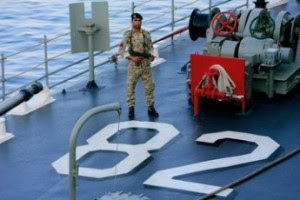 The View of Khartoum from Saudi Arabia: Revealing cables published by “Wikileaks” and translated by Sudan Tribune Eric Reeves 20 June 2015   In an extraordinary scoop, Sudan Tribune has begun to publish some of the more than 60,000 diplomatic cables from Saudi Arabia released by Wikileaks on Friday, June 19, 2015. The website has said it would release half a million more in the coming weeks. The texts, all in Arabic, required painstaking

Yemen: Houthi chief vows to fight Saudi 'aggression' BBC News Middle East 20 April 2015   The leader of Yemen's Houthi rebels has vowed to resist a Saudi-led bombing campaign that has been targeting his forces since late March. In a televised speech, Abdul Malik al-Houthi said Yemenis would never give in to the Saudis' "savage aggression". Hundreds have died amid battles between the rebels and forces allied to the president, backed by the air

Iran Backs Away From Key Detail in Nuclear Deal

Iran Backs Away From Key Detail in Nuclear Deal David E. Sanger and Michael R. Gordon, New York Times 29 March 2015 LAUSANNE, Switzerland — With a negotiating deadline just two days away, Iranian officials on Sunday backed away from a critical element of a proposed nuclear agreement, saying they are no longer willing to ship their atomic fuel out of the country. For months, Iran tentatively agreed that it would send a large portion of its stockpile

Rivals Tehran, Riyadh pledge billions to Lebanon’s army By Hugh Naylor, The Washington Post 4 November 2014 Saudi Arabia and Iran have offered apparently competing aid packages to Lebanon’s small and modestly armed military as it confronts increasing attacks at home by militants with ties to extremists fighting in Syria’s civil war. The pledges total billions of dollars’ worth of mostly light arms and underscore mounting concern among the

Arab Woman Led Airstrikes Over Syria By Karen Zraick 25 September 2014 When fighter jets from the United Arab Emirates took part in airstrikes against the Islamic State in Syria on Monday night, the mission was led by a woman, the country’s ambassador to the United States said Thursday morning. The pilot, Maj. Mariam Al Mansouri, was among the first women to graduate from the Emirates’ air force academy after it began to admit women, and became