RUSSIA: JEHOVAH’S WITNESSES FACE POSSIBLE LIQUIDATION Victoria Arnold, Human Right Without Frontiers International  May 26 2016 Forum 18 (24.05.2016) – http://bit.ly/1Uf1Rwo – If prosecutors proceed with their threat to liquidate the Jehovah’s Witness headquarters near St Petersburg, thousands of local congregations across Russia could also face prohibition of their activities and individuals could be vulnerable to criminal charges for

Are the US and Russia helping or deceiving the Syrians?

Are the US and Russia helping or deceiving the Syrians? Marwan Bishara, Al Jazeera  18 April 2016   Image: A girl shows a sniper bullet that was found in the school yard in the rebel-held city of Douma, on the outskirts of Damascus, Syria [EPA]   When American and Russian spokespersons deny the existence of a secret agreement between them over Syria, they’re not necessarily lying - but they are being misleading.  They don’t need

Russian Sappers Arrive in Syria to Clear Mines in Palmyra VLADIMIR ISACHENKOV, ASSOCIATED PRESS 31 March 2016   This photo released on Monday March 28, 2016, by the Syrian official news agency SANA, shows some damage at the ancient ruins of Palmyra, central Syria. A Syrian antiquities official says demining experts have so far removed 150 bombs planted by the Islamic State group inside the archaeological site in the historic town of Palmyra.

War with Russia- Cold or Hot?

War with Russia – Cold or Hot? By Ken Meyercord   There’s much talk these days about a new cold war with Russia, but the prognostications may be way behind the facts. Our tense relations with Russia may have already gone from cold to tepid to hot. The evidence is hardly conclusive but is so disturbing it should be examined. First, what’s clear. The United States and Russia are circling each other warily, posturing as if preparing to

Russia Military’s Actions in Syria Cause Rift with Turkey 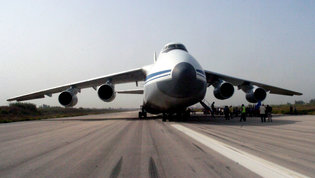 Russian Moves in Syria Widen Role in Mideast Eric Schmitt and Michael R. Gordon, New York Timse 14 September 2015   Image: Russia has military presences near Latakia and in Tartus. CreditSANA, via Agence France-Presse — Getty Images WASHINGTON — Russia has sent some of its most modern battle tanks to a new air base in Syria in what American officials said Monday was part of an escalating buildup that could give Moscow its most significant