US Update: Hearing for Suspect in Charleston Shooting 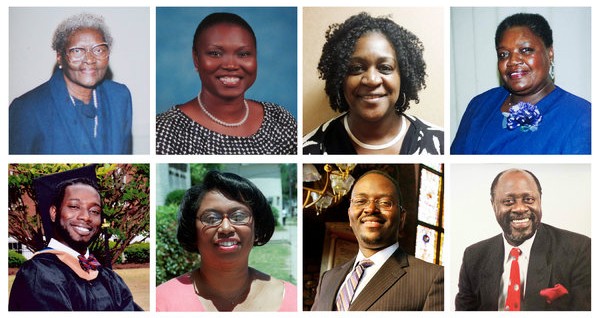 In Charleston, Raw Emotion at Hearing for Suspect in Church Shooting

CHARLESTON, S.C. — One by one, they looked to the screen in a corner of the courtroom on Friday, into the expressionless face of the young man charged with making them motherless, snuffing out the life of a promising son, taking away a loving wife for good, bringing a grandmother’s life to a horrific end. And they answered him with forgiveness.

“You took something very precious away from me,” said Nadine Collier, daughter of 70-year-old Ethel Lance, her voice rising in anguish. “I will never talk to her ever again. I will never be able to hold her again. But I forgive you. And have mercy on your soul.”

The occasion was a bond hearing, the first court appearance of the suspect, Dylann Roof, for the murders, thought to be racially motivated, of nine black men and women during Bible study at Emanuel African Methodist Episcopal Church on Wednesday night.

It was as if the Bible study had never ended as one after another, victims’ family members offered lessons in forgiveness, testaments to a faith that is not compromised by violence or grief. They urged him to repent, confess his sins and turn to God.

“You have killed some of the most beautifulest people that I know,” she said in a quavering voice. “Every fiber in my body hurts, and I will never be the same. Tywanza Sanders is my son, but Tywanza was my hero. Tywanza was my hero. But as we say in Bible study, we enjoyed you. But may God have mercy on you.”

The statements offered a moment of grace in a day when new details emerged about a massacre that has stunned the nation, echoing a long history of racial violence.

“All the victims were hit multiple times,” the Charleston Police Department wrote in an arrest warrant released Friday. The gunman walked in wearing a fanny pack, the statement said, and sat with the group talking Scripture for nearly an hour before he drew a gun and began firing — and on his way out, stood over a surviving witness “and uttered a racially inflammatory statement.”

After the police released security camera images of the suspect outside the church, Mr. Roof’s father and an uncle contacted the Charleston police and positively identified the defendant and his vehicle as those they saw in the photographs, the warrant revealed.

“Defendant’s father told investigators that his son owns a .45-caliber handgun,” the warrant said, the same caliber shell casings that the police had recovered from the church floor.

Mr. Roof, 21, who is white, was charged Friday with nine counts of murder, punishable by death, and one count of criminal possession of a firearm during the commission of a violent crime. Law enforcement officials said that after he was arrested on Thursday in Shelby, N.C., he told investigators he had just done something big in Charleston, and the pistol believed to have been used in the shooting was recovered from his car.

Joseph Meek, a friend of Mr. Roof’s, said that his parents each gave him $350 toward the purchase of the gun, which he bought this spring, and that at some point they took it away from him. There have been reports that his parents gave him the gun directly, as a 21st birthday present, but Mr. Meek said Mr. Roof made a point of buying it himself so that his parents would not be implicated in any trouble he might get into.

Friends said Mr. Roof voiced virulently racist views and had talked recently about starting a new civil war — even about shooting black people. Photographs of him wearing patches with the flags of the former white supremacist governments of South Africa and Rhodesia, and leaning against a car with Confederate States of America on its license plate, drew millions of views online.

Gov. Nikki R. Haley, a Republican, was one of many officials to label the shootings a hate crime, and called for the death penalty in the case.

Image: Nuns prayed outside Emanuel African Methodist Episcopal Church on Friday morning, after the killings there on Wednesday night. CreditTravis Dove for The New York Times

President Obama, who on Thursday lamented the poor prospects for new gun control, said Friday that his words had been misinterpreted as resignation that nothing would change, and renewed his call for legislation.

“Every country has hateful or mentally unstable people,” Mr. Obama said at a United States Conference of Mayors meeting in San Francisco. “What’s different is that not every country is awash with easily accessible guns. So I refuse to act as if this is the new normal. Or to pretend that it is sufficient to grieve, or as if any attempt to act is politicizing the problem.”

To Cornell William Brooks, the N.A.A.C.P. president, who spoke in Charleston, there was no doubt. “This was an act of racial terrorism,” he said, adding that the police and prosecutors should determine whether Mr. Roof had ties to any hate groups.

But if the gunman set out to stir up hostility between races, Charleston was having none of it, and the families appearing in court helped set a tone of unity.

Laws in South Carolina and other states allow victim statements in certain criminal court proceedings, a product of the victims’ rights movement of recent decades. But it is unusual for that right to be invoked in something as mundane as a bail hearing, and the words spoken Friday by the survivors were rarer still.

Thousands of Charleston residents filled the TD Arena at the College of Charleston for an interfaith evening prayer vigil, suffused with expressions of Christian faith, the history of slavery and civil rights in the city and the state, and a collective resolve.

The crowd was a multicultural mix of residents that included families with small children and older people using canes.

“We all have one thing in common. Our hearts are broken,” said Mayor Joseph Riley Jr., who received a standing ovation when another speaker recalled his protest to remove the Confederate battle flag from the state capitol grounds in Columbia.

Mr. Riley told people in the crowd — each holding a single rose given to them as they entered the arena — that if “that young man thought he was going to divide this community or divide this country with his racial hatred, we are here today and all across America to resoundingly say he measurably failed.”

The Rev. Nelson B. Rivers III of the National Action Network seemed to set a more defiant tone at the end of the program.

But the evening was also about the families of the victims, who were asked to stand and receive applause from the audience. Mr. Riley announced that funds were pouring in to help families with funerals, for maintenance of the historic Emanuel A.M.E. Church and to help low-income people living in South Carolina’s Lowcountry region.

Mr. Riley did not speak directly about gun control, but he said, “We do not want to live in a country where we need a security guard for Bible study.”

Smaller expressions of grief, both organized and impromptu, played out across the city.

In court on Friday, Magistrate Judge James B. Gosnell Jr. set Mr. Roof’s bail at $1 million on the gun charge, but explained that he did not have the authority to set bail on the murder charges, which would be handled by the state’s Circuit Court. The defendant watched impassively on a video link from a nearby jail.

The judge drew mixed reactions for another statement from the bench when he stated that Mr. Roof’s family were also victims in the case. The family released a statement Friday saying, “Words cannot express our shock, grief, and disbelief as to what happened that night,” but gave no insight into the defendant’s state of mind or racial views.

Witnesses said the gunman specifically asked for the church’s well-known pastor, the Rev. Clementa C. Pinckney, who was also a state senator, and sat next to him in the Bible study. First he listened, they said, then he argued, and eventually he began ranting against black people, until finally, he stood, drew a gun and fired, reloading as many as five times.

He fatally shot six women and three men, ranging in age from 26 to 87. Among the dead was Mr. Pinckney.

Mr. Roof had an unsettled personal life — he had been arrested twice this year, and friends said he sometimes slept in his car — and a recent history of antiblack views. But law enforcement officials said he was not on their radar as someone who posed a serious threat of violence.

“This is an absolute hate crime,” Ms. Haley said on Friday on NBC’s “Today” show. “We absolutely will want him to have the death penalty. This is the worst hate that I’ve seen and that the country has seen in a long time.”

At Emanuel A.M.E., on Calhoun Street, scores of bouquets rested on the sidewalk on Friday, along with wreaths and a simple wooden cross. Gold, silver and white balloons were tied to the church’s ironwork; nearby, nine white ribbons, each bearing the name of a victim, were tied to a fence.

In downtown Charleston, there was talk of the long-term anxiety the shooting might stir.

“The question that I have is, is it going to happen again?” said Jeremy Dye, 35, a taxi driver and security guard from North Charleston who said he knew three of the nine victims of Wednesday’s shootings. “It’s always going to be fear. People in Charleston are going to have that fear now forever. It’s not going to wash away. They’re going to be worried about, ‘O.K., when’s the next church going to get hit?’ ”

Mr. Riley said Friday that the arrest of Mr. Roof was crucial to helping the city heal, though he pointedly avoided using his name.

“We are in a period of loving and healing for all of those who have been so terribly injured,” Mr. Riley said, adding that it was time for a dialogue about race in America.

“We in America were not taught African-American history,” he said. “It was never in the history books, and we don’t know the story.”