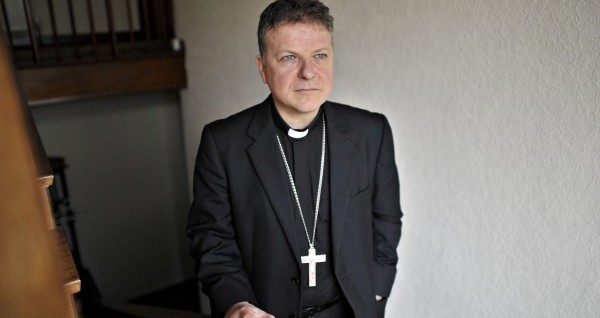 A student forced to flee with nothing as Daesh drove Christians from his Iraqi home town told Scottish teenagers yesterday “faith is all we have left that Isis couldn’t take from us”.

When the Islamist terror group overran the city of Mosul in 2014, Sarmad Ozan and his family stayed on because they “had no place to go”.

However, they were forced to leave with nothing when Daesh gave Christian residents just 24 hours to quit or convert. Now claiming asylum in the UK, Ozan yesterday addressed Scottish teenagers at a charity rally where he issued a plea for understanding.

Speaking at the event in Carfin Lourdes Grotto, near Motherwell, the 20-year-old said: “Islamic State took our city, our churches, our houses and women were sold into slavery like an object.

“We went from having a good healthy meal on our table every night to having to beg for food every day.”

He went on: “Faith is all we have left that Isis couldn’t take from us.”

More than 1,100 young people heard how Ozan went out one morning to find Daesh terrorists had marked the homes of all Christians with an “N”, denoting “Nazarenes” and claimed all of their property.

His family walked for miles in 40C heat without food or water to reach Erbil in the Kurdish north of Iraq, sleeping at a church so overcrowded that many had to stay in makeshift tents outside the building.

Whilst there he learned he had been accepted to study for a masters in engineering in the UK and left to pursue his studies.

However, his scholarship was withdrawn by the Iraqi government and he is now living within the UK asylum system and has not been able to speak to his family for more than one year.

An application to remain was rejected and he is currently awaiting the results of an appeal.

Ozan told The National: “I feel safe in the UK. I can’t go back, I don’t have a home or any place in Iraq any more. My family were in Erbil when I left but I lost contact with them. They didn’t have any food.

“I miss them every day. I miss everything about my old life.”

Currently based in Sheffield, Ozan was invited to Scotland by the Scottish office of charity Aid to the Church in Need (ACN), which supports persecuted Christians.

The event was also attended by Bishop John Keenan of Paisley and Bishop Joseph Toal of Motherwell as the charity tries to raise awareness about conditions for Christians in countries including Iraq, Syria, Nigeria and Pakistan, where “persecution has increased dramatically”.

The event comes at a time of ongoing efforts to persuade governments, especially those in the West, to recognise Daesh atrocities in Iraq and Syria as a genocide against minorities including Christians and Yazidis.

Michael Robinson of ACN in Scotland said Ozan’s testimony had “shocked” the young audience. He said: “A lot of them were really shocked at what is going on in the rest of the world.

“It is a human rights issue. We want to inspire young people to wake up. It should not be split along political or faith lines, it is our responsibility as human beings to fight persecution and provide for the refugees in the Mediterranean.”
_____________