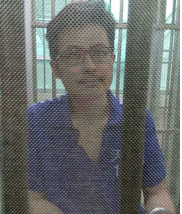 Playing Chicken in the South China Sea Editorial Board, The New York Times 20 May 2016 Image: A photograph provided by the Philippine military of Chinese construction on Johnson South Reef in the disputed Spratly Islands. CreditArmed Forces Of The Philippines, via European Pressphoto Agency  By the Pentagon’s account, two Chinese fighter jets performed an “unsafe” maneuver this week by flying within 50 feet of an American surveillance

Africa: Is Africa Ready for Agenda 2063? OPINION By Lovemore Chikova, All Africa Publication 21 April 2016   Image: 3 AGENDA 2063 A global strategy to optimize use of Africa’s resources for the benefit of all Africans. Aiming to encourage discussion among all stakeholders, “Agenda 2063” is an approach to how the continent should effectively learn from the lessons of the past, build on the progress now underway and strategically exploit

ISIS Extends Recruitment Efforts to China With New Chant Edward Wong and Adam Wu, New York Times 8 December 2015 Featured Image: Islamic State fighters in the Syrian town of Tal Abyad, near the border with Turkey. There is no reliable information on how many Chinese have joined the Islamic State or other armed groups in Syria. Copyright 2015 Reuters BEIJING — The Islamic State has been recruiting far and wide for members to join its ranks on the

China Mounts Crackdown Against Human Rights Lawyers Andrew Jacobs & Chris Buckley, The New York Times 22 July 2015 Image: “I used to think being a lawyer was just a tool to make money,” said Yu Wensheng, 48, a commercial lawyer whose recent arrest nudged him into the ranks of human rights defenders. “But now I believe we have a greater mission to change a broken system.” CreditAdam Dean for The New York Times BEIJING — More than 200

China Fences In Its Nomads, and an Ancient Life Withers

China Fences In Its Nomads, and an Ancient Life Withers Andrew Jacobs, New York Times 11 July 2015   Image: A nomad in the Xinjiang region. China wants nomads settled to preserve grasslands. CreditGilles Sabrie for The New York Times MADOI, China — If modern material comforts are the measure of success, then Gere, a 59-year-old former yak-and-sheep herder in China’s western Qinghai Province, should be a happy man. In the two years since

Chinese Authorities Appear to Detain 4 Human Rights Lawyers Chris Buckley, New York Times 10 July 2015 HONG KONG — The police detained one of China’s most prominent human rights lawyers in Beijing on Friday, after three other rights lawyers who worked together disappeared in the capital within 24 hours, apparently caught in an expanding investigation focused on their firm, their colleagues and family members said. The reasons for moves against 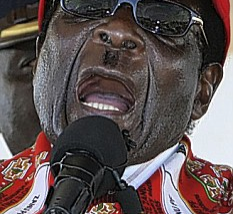 Mugabe's darkest secret: An £800bn blood diamond mine he's running with China's Red Army Andrew Malone, The Daily Mail 17 September 2010   Image: Dictator Robert Mugabe's regime claimed the diamond mines as their own, using brutal methods to make sure no-one tried to take the stones Across a remote tract of southern Africa, naturally ­fortified by mountains and patrolled by hundreds of ­soldiers with dogs trained to tear intruders apart,